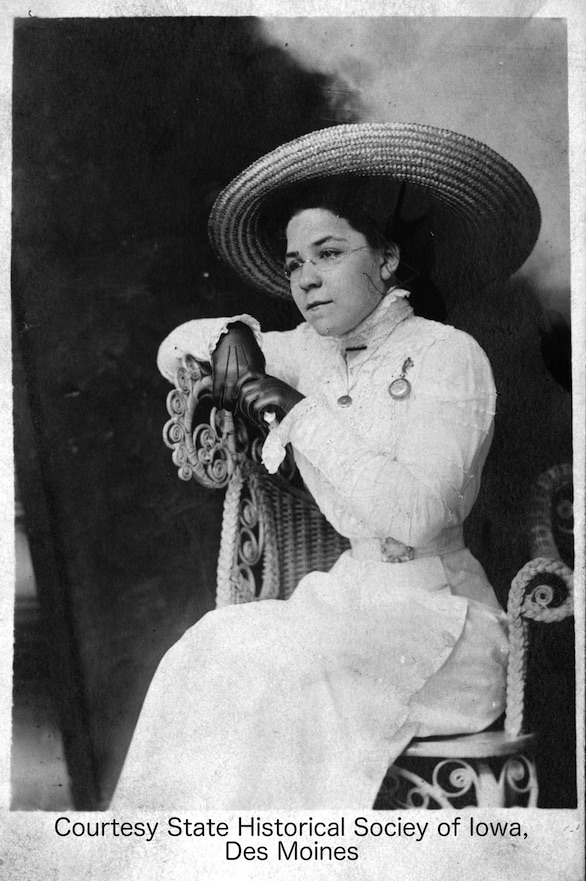 Lottie Armstrong Baxter, a daughter of successful African American businessman Hobe Armstrong, was born in Muchakinock, Iowa in March 1876. When she was fifteen, she graduated from a business school and began her career with the Consolidation Coal Company, first working as a secretary for superintendent J.E. Buxton.

On February 27, 1901, she married John Baxter Jr., who was white. Baxter had been an assistant in her father’s meat market business in Muchakinock. In Buxton, Baxter opened his own market; Lottie continued working for the company as an advisor, lead bookkeeper and office manager. She became actively involved in the Buxton Savings Bank, where she “had immediate supervision”. According to her obituary in the April 15, 1921 edition of the Albia Republican, she later became the “second vice president, director and stockholder.”

By the time she died of “blood poison” in 1921, Lottie had worked twenty-nine years for the Consolidation Coal Company.

Excerpted and adapted from CREATING THE BLACK UTOPIA OF BUXTON, IOWA.