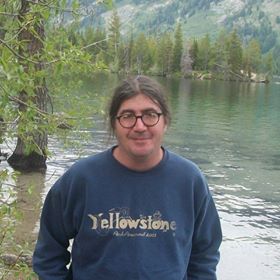 Robert Wells is the creator and administrator of the Preserving An American Icon in Oskaloosa Facebook page. He started the page about three years ago to preserve the square in Oskaloosa. After the page, along with a petition and emails sent to Oskaloosa Main Street and the Oskaloosa Chamber of Commerce, were instrumental in saving the square, Wells continued the page. “I’m not a historian, I’m just interested in it [history],” he said. “I like researching. I research whatever I’m interested in at the time and post it and share it.”

What he likes researching most is Oskaloosa and Mahaska County history. One topic of particular interest to him and his nearly 1,700 followers is Buxton, Iowa, which straddled both Mahaska (1,600 acres) and Monroe (8,600 acres) counties. Buxton was a racially integrated coal mining town established by the Consolidation Coal Company in 1900, where blacks were treated equal to whites. “A lot of people [on my page] had expressed interest in Buxton,” said Wells, “and had asked me if I had any interest in taking a tour group with a picnic lunch.” Since Wells professes to have a near paralyzing fear of public speaking, he felt he couldn’t do it. But what he could do was create a video walking tour.

He spent hours studying the maps and diagrams in Exploring Buried Buxton, which detailed the layout of the town David Gradwohl and Nancy Osborn had uncovered during their archeological exploration in 1980. Then he used Google maps to match the locations described in the book with the actual site. Finally, he was ready to visit the site and begin recording.

Wells has been a bit surprised by the range of people interested in Buxton, as well as his page. “It’s not just a bunch of old fogeys talking about old stuff, but a bunch of young people, too. Depends on the topic, too.” So he tries to offer a diverse range of topics.

What Buxton-related topic is on Well’s mind? “People were always talking about traveling between Oskaloosa and Buxton. I would like to find which exact roads they took. How much traffic would there have been on a typical day between the two? I wonder how long it would have taken to travel 15 miles.”

Maybe that will be his next video tour. Or so we can hope.