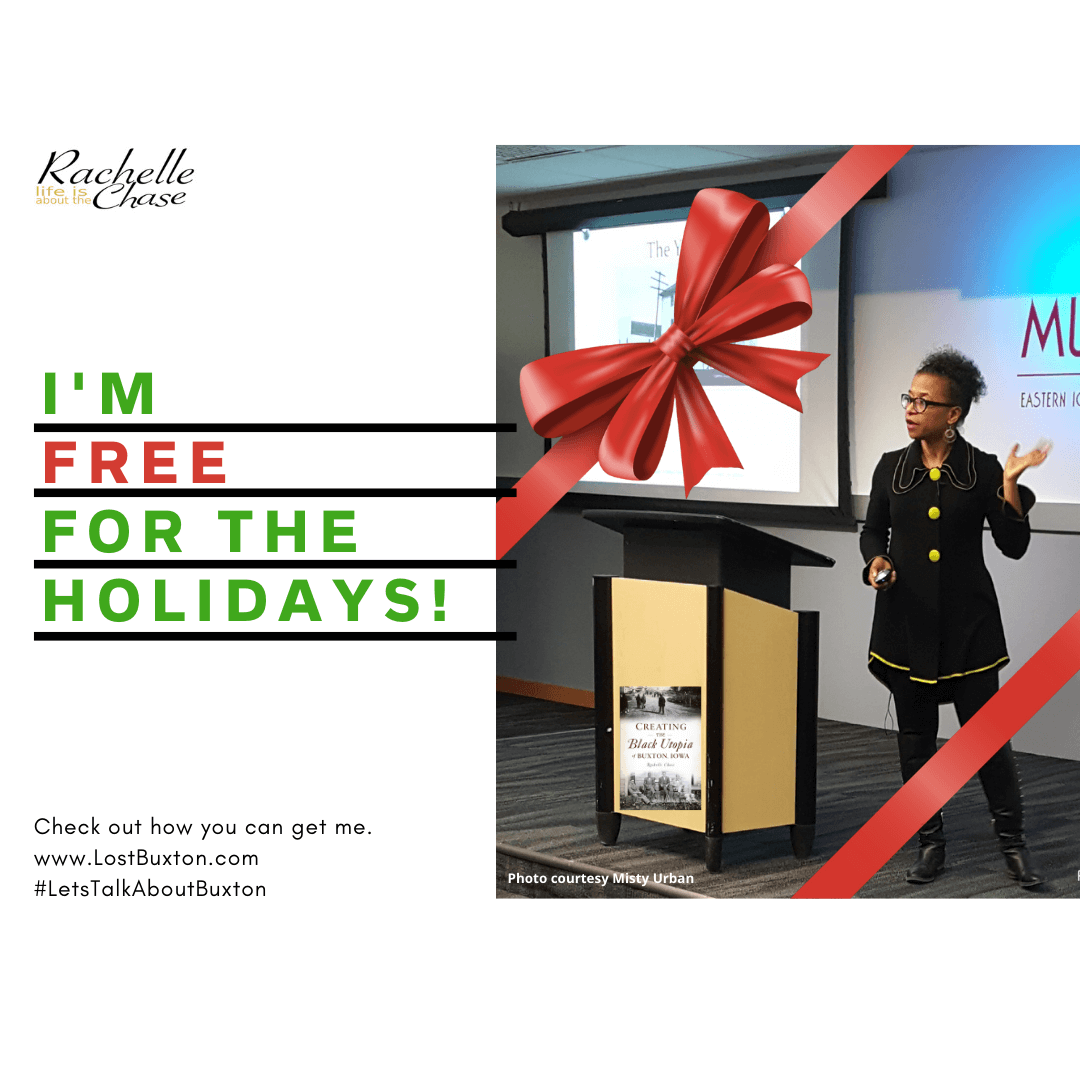 I believe we need to talk about Buxton, Iowa now—and I would love to chat with you (and up to 9 others) about it live via Zoom.

Why should you want to do that?

Because Buxton is relevant today.

In 1900, at a time when Jim Crow, racism, social injustice, police brutality, murder of and violence against Blacks, along with divisiveness was rampant in the country—worse than it is today—it wasn’t in Buxton, Iowa.  There was no segregation and 5,000 Blacks and Whites got along.

Because Buxton was one of the most amazing towns in the country.

Buxton was all that—and more.

As a way to share Buxton’s history and thank you for purchasing 5 or more copies of my book, I’d like to chat with you (and up to 9 others) live via Zoom. This is why I’m making myself FREE for the Holidays.

Who’s Rachelle Chase? After researching Buxton for 10+ years, writing two books—CREATING THE BLACK UTOPIA OF BUXTON, IOWA and LOST BUXTON—about the town, and giving 80+ live presentations, I’ve become a bit of an expert on Buxton. I love sharing what I know with others.