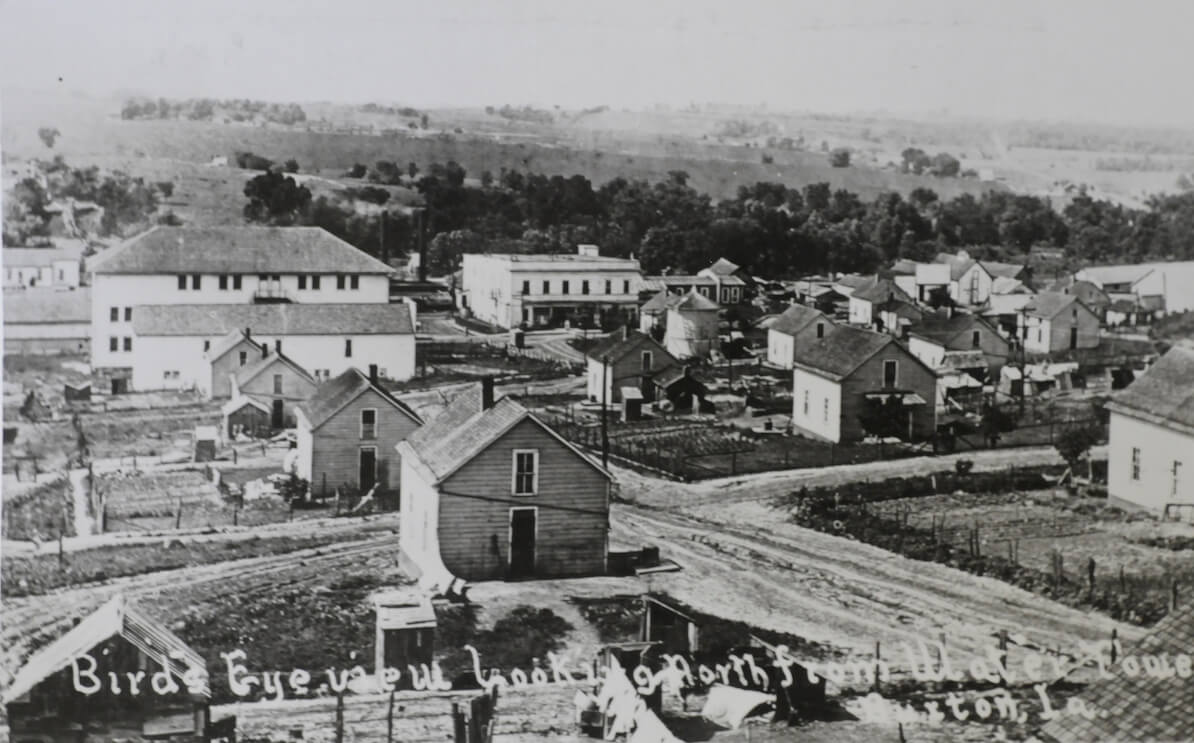 In 1900, Consolidation Coal Company established one of the most unique towns in Iowa: Buxton. Spanning 8,600 acres in Monroe County and 1,600 acres in Mahaska County, along with a population that grew to 5,000, Buxton became the largest unincorporated town in Iowa.

Though the town itself was different from most other coal mining towns, Buxton is renowned for its large African American population. For the first 10 years, African Americans made up 55% of the population and remained the largest ethnic group until 1914.

The typical mining town featured hastily constructed houses, a company store, a small school, a tavern, a union hall, and a church. Buxton was not “typical.” Buxton residents enjoyed 1-1/2 story houses which were maintained by the company, a company store that rivaled department stores, three two-story schoolhouses, a two-story high school, a three-story YMCA, and more than 10 churches.

According the September 18, 1903 edition of the Iowa State Bystander, Superintendent Ben C. Buxton “designed and superintended the laying out of the town, the plans and construction of the buildings, the location and equipment of the mines, the water supply, the drainage and …” Continue reading at Hometown Heritage.